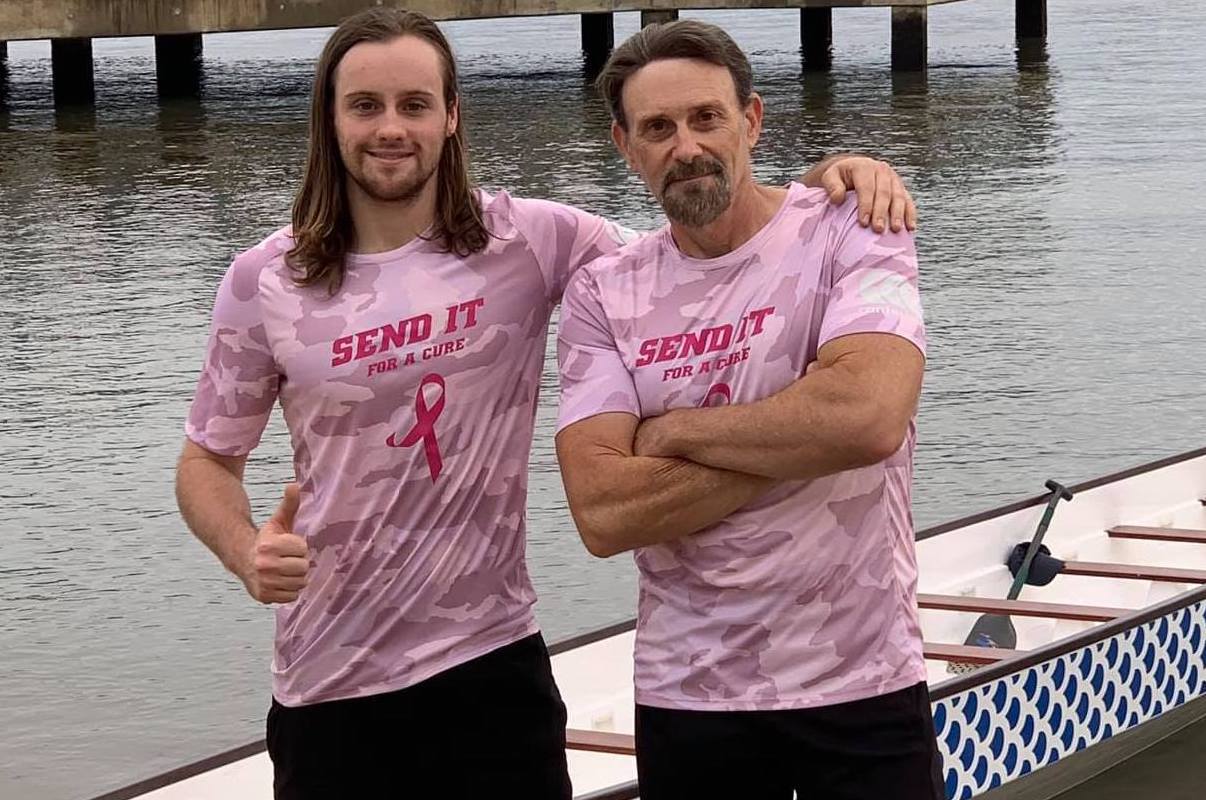 Australian Ninja Warrior is coming back, and our champions Rick (you may recognise him as the President of Brisbane River Dragons Dragon Boat and Outrigger Canoe Club Inc) and Angus are giving us a reason to watch!

If you are not a Ninja fan – you soon will be!

This year will be Australian Ninja Warrior’s third year, and you can watch it on Channel Nine.

Don’t be fooled, Ninja Warrior is anything but a TV game show.

The Ninja Warrior tournament originated in Japan, where it is called SASUKE. It is now an internationally recognised sports tournament held in 18 countries.

In Australia, like most countries, we stay true to the Japanese format with tournament divided into four tough stages, culminating with the chance to conquer Mount Midoriyama.

Australian Ninja Warrior requires strength and power, altheticism, plus the ability to think strategically; all of course, while working to complete a formidable obstacle course faster than other challengers.

When it comes to tackling the Ninja Warrior course, there is no such thing as luck. According to last season’s winner, Rob Patterson, his gymnastics skills plus his engineering and robotics background gave him a solid problem-solving mindset that helped him get through the demanding obstacles.

Contestants complete the course alone, in timed rounds. They must show their skills as they negotiate moving obstacles climb walls, jump metres high, race over spinning platforms, swing off ropes and bars, jump over hurdles and more.

But we think these obstacles sound right up Rick and Angus’ alley.

At the end of each stage the bottom performing challengers are eliminated.

What are they competing for? The chance to climb Mount Midoriyama.

But the prize is not easy to come by.

Here’s some perspective. In Japan, where Ninja Warrior originated, after 34 tournaments there have been 4 winners. In 10 American contests, only two people have attempted the climb, and one has conquered the mountain.

They are sending it!

Not only do Rick and Angus have the confidence to wear to pink, they sending it for breast cancer survivors.

Just like their so-pink-you-can’t-miss-them shirts, Rick and Angus have the confidence (and we think the grip strength) to take on that formidable Ninja Warrior obstacle course.

They are not just sitting back and thinking they could do that, they are accepting this challenge and at the same time helping raise awareness for breast cancer.

Team Missabittatitti is behind Rick and Angus 100%, and we can’t wait to see them climb that Mountain!

Our New Race Shirts Have Arrived

A little taste of Dragon Boating